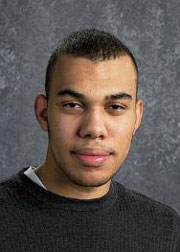 Michael was born November 15, 1991 in Kansas City, MO. He was the only child born to Michael Jay and Renee Lynn (Kuder) Berry. He grew up in Osawatomie where he attended school. He graduated with the Osawatomie High School Class of 2010.

After high school, Michael attended Washburn State University. He then went into the work force. He started working for Wal-Mart as a Stocker. He worked for Wal-Mart at different locations over the years. For a short time, Michael worked in the Amazon Warehouse but decided to go back to work for Wal-Mart.

Michael’s biggest hobby was gaming. He was very tech savvy. He loved movies and sports but his favorite was NBA basketball. Michael was the greatest son, nephew, grandson and friend anyone could ever have.